EDF Energy most recent supplier to announce a price rise

With the latest price hike announcement from EDF, all of the six major energy providers have now officially introduced recent increases. Higher energy prices are expected to lead to 6.87 million in fuel poverty. 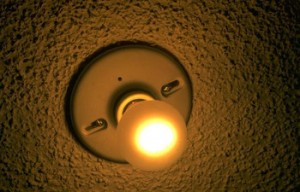 During 2011, all of Britain's ‘big six' energy suppliers have announced a second price increase. A few weeks ago, E.ON and Scottish & Southern Energy (SSE) announced their intention to raise prices and EDF's announcement of price hike makes it the sixth and last supplier to join this trend.

"The sad fact is that you cannot have two consecutive rounds of energy price hikes in less than a year without seeing casualties,” said Tom Lyon, energy expert at uSwitch.com.

Besides the EDF increase, and considering the latest increases, an average energy bill of 3,300kWh electricity and 16,500kWh gas per year on a standard plan will look as follows:

"We cannot underestimate the effect that higher household energy prices will have on consumers – for many it will involve a complete shift in attitude and behaviour,” added Lyon.

According to Lyon, people need to adjust quickly and there are two key steps to doing this; "Making sure we pay the lowest possible price for our energy and learning to use less of it by becoming energy efficient rather than energy deficient, which could put your health and well-being at risk.”

Comparing gas and electricity prices to ensure you are on the right most cost effective deal for you is a great way to save money.