New EU Legislation means that the French Gendarmerie are being tougher on Brits driving abroad. Brits caught speeding will be given an on the spot fine. 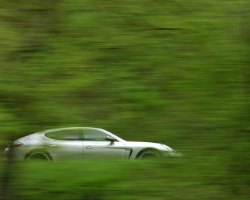 New legislation, named the EU Directive on Road Safety, coming in on the 7th of November will allow member states of the 28 nation bloc to exchange data on motoring offences.

The French police say that visitors to France frequently break the speed limit because they know that they can avoid a fine. EU figures show that foreign drivers account for 5% of road traffic but 15% of speeding offences.

The new EU directive will allow European countries to exchange information on motorists, so for example if a Spaniard speeds in France, he can be fined upon returning home to Spain- provided he is owner of vehicle. However, the UK, the Republic of Ireland and Denmark have all opted out of the Directive, meaning that fines cannot follow drivers home, so the only way they can be charged for minor offences, such as speeding, is with on the spot fines. The UK opt out also means that foreigners caught speeding or committing other minor driving offences in the UK are unlikely to be charged as well.

The UK, ROI and Denmark opting out has also lead to the French cracking down on foreign drivers by opening a new 32 person special branch of the Gendarmerie, which will be equipped with speed detecting binoculars. The branch's primary focus is to catch foreigners speeding, however they will also be tackling levels of drink driving and using mobile phones whilst driving, which is also covered in the legislation.

Lieutenant Benjamin Dupain, who runs the operation, said that foreigners will "have to pay on the spot. If they don't have any money on them and they are on their own, they will be driven to the nearest cashpoint machine. If they really have no money at all, then an on-duty judge will be called to decide what to do. But that can mean waiting around for up to three days and the car will not be allowed to move.”

The RAC commented, giving the advice that Brits should research and comply with French driving rules e.g the need to carry a reflective jacket, and obviously avoid breaking the law. The on the spot fine can be up to €375 (£323) which could really ruin a holiday. The legislation doesn't just apply to cars, as all motorists, including truck drivers and motorcyclists, are also being targeted.

Brits have also been advised not to pretend that they can't understand the police or to think that not being able to speak French will help them avoid a fine- most officers have a high level of English and are sometimes accompanied by British officers helping with cases in France.

However, slightly reassuringly, Brits aren't the worst offenders, the fastest speeders have been revealed to be the Swiss and the Dutch. Additionally, there are concerns that an on the spot fine will not dissuade foreigners from speeding, as offenders will not get points on their licence.

If you are planning a trip to France, make sure you check out the rules of the road, including what you need to carry with you.

If you hire a car, rather than taking your own car across the Channel, you will have French number plates, and may be less likely to be pulled over for speeding by the police! When planning a trip to France, check out our car hire comparison page, to make sure you are getting a good deal on car hire in France.