Being honest with car insurers is on the rise according to research conducted by a price comparison website.

Being honest with car insurers is on the rise according to research conducted by a price comparison website. 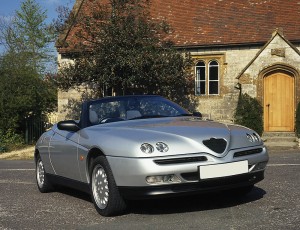 Almost one in 7 people are guilty of lying to their policy provide in order to get a cheaper premium.

Despite the huge increase in car insurance costs and the recent industry scandal many drivers are still very honest when it comes to purchasing a policy.

A UK wide survey found that 32 per cent of women and 46 per cent of men admit to lying to get cheaper car insurance.

This year just 12 per cent of women admitted to lying to get cheaper car insurance and it is 17 per cent of men which shows a significant drop in the level of lying.

Lying about mileage is the most common theme as almost half of women and 44 per cent of men have misinformed their insurer over how many miles they really do.

The next biggest lie is where the car ‘sleeps' at night, insurance can increase if the car is parked on the road as opposed to a garaged or driveway. Almost 28 per cent of women and 31 per cent of men lie about this to get cheaper car insurance.

"Whilst people may be tempted to mislead or even lie to their insurer when trying to combat rising insurance costs, it's certainly not advisable. In extreme cases, it could even invalidate any claims made and therefore honesty is the best policy,' said Gareth Kloet, Head of Car Insurance at Confused

London is home to the most tell tale folk when it comes to car insurance 9 per cent being untruthful compared to just 3 per cent in the East Midlands and only 2 per cent in Northern Ireland.

Former Justice Secretary Jack Straw is calling for a shake up of the car insurance industry. Mr Straw claimed that car insurance premiums are being pushed up as a result of companies selling on personal details to competitors.