The number of first-time home buyers has rocketed in the last year, due to government schemes and increased numbers of low deposit mortgages available. 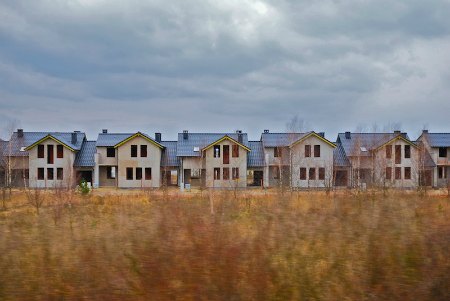 The Council of Mortgage Lenders also gave an example of the typical first time buyer, who is 29 years old, borrows £113,400 and has a £35,700 annual income. Showing that not only are first-time buyers are borrowing more, but also that it is generally those with higher incomes.

Recently there has been an increase in the number of first-time buyers entering the property market with smaller deposits, due to an increase in low-deposit mortgages incentivised by the government, such as the NewBuy scheme.

The Council of Mortgage Lenders suggested that a major reason behind the growth was the return to higher loan-to-value (LTV) mortgages. This return was triggered in part by the Funding for Lending scheme run by the Bank of England and the government. The scheme was created to encourage lenders to offer mortgages after the recession cut the number of high LTV loans. The average first-time buyer loan-to-value ratio has risen from 81% in April to be 83% in May, the highest ratio since November 2008.

Paul Smee, director general of the CML said that "Although monthly lending is still running at far less than half its typical level during the peak, there is no doubt the mortgage market is firmly open for business.” He attributed the increase to the "appetite of first-time buyers and the availability of attractive mortgages” which have improved greatly in the last year. However, Smee also voiced concerns about the stability of current property market, stating that the housing supply needs to increase in order to match demand.

The increase is suggested to have been triggered by government measures to help buyers with small deposits, which has encouraged lenders to cut mortgage rates.

However, fears of another ‘housing bubble' or that buyers will be left with debts they cannot afford have arisen. Experts warn that sudden increases in interest rates, leading to higher repayments, could leave thousands of people struggling.

Richard Sexton, Director of surveyors e.sury, said that "confidence is returning”, because lending to high-risk borrowers is at a 4 year high. Richard Sexton, director of e.surv, said the first-time buyer market was "alive and kicking again” and confidence was returning to the housing market. However, he added: "The improvement in high LTV lending is relative. It is still well short of pre-2008 levels, which is why there are still comparatively few first-time buyers. Homeownership remains a dream for the majority of young people, but it is a distant one for most of them.”

The figures suggest that that the property market is recovering, which in part could be due to the government's Help to Buy scheme. Details of the second part of the scheme are expected to be released in the next few weeks, which could continue to expand the property market, and further increase the number of first time buyers.