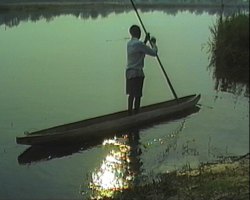 Find cheap car hire in Angola's major cities. Ensure you get the best rates for both car hire and car hire insurance in Angola.

We offer car hire in the two principal cities in Angola which are Luanda and Benguela. Car hire is available both in the cities themselves and at the international airports located there.

Do be aware of FCO advice when considering travelling in the country, as unaccompanied trips to many areas are considered hazardous.

Angolan car rental requires a full, relatively clean driving licence valid in your country of residence. An International Driving Permit is compulsory for holders of driving licenses not incorporating a photograph and also recommended for photocard licence holders - for more information see the AA Website

Most car hire firms have a minimum age limit of 18 in Angola, but this can vary depending on the company you are using. Maximum age are also applied by certain companies.

Tips for driving in Angola