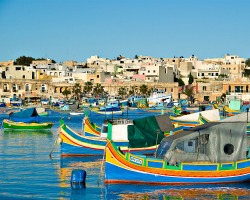 As with most countries, younger drivers usually have to pay a premium to be able to hire a car, but we've also noted some car hire companies in Malta charging extra for more senior drivers too.

For older drivers Budget and Avis are good choices as they have no upper age limit or surcharges. As long as you have a (UK) licence they're not bothered about your age.

Alamo and National require a recent certificate from a doctor confirming you are fit to drive if you are 70 or over but, again, have no upper limit.

SiXT also require medical certification that you are fit to drive if you are aged between 71 and their upper age limit of 75, and you will also incur a per day surcharge.

Drivers aged between 21 and 25 are advised to check surcharge rates carefully as they can vary between around €6.50 per day up to €21.25 per day which will make an enormous difference to the cost of the hire. It's also worth noting that some car hire companies will surcharge 21-24 year olds, others 21-25 so, if you are 25, it's worth shopping around and checking the age terms. It's not only surcharges young renters need to worry about. AVIS, for example, make certain insurances mandatory, have a non-waivable excess (so what, buy insurance via our site for that!) and restrict car choices for younger drivers.

Fair fuel policies are not as easy to find in Malta as some other countries. Most cars will be provided with half a tank of fuel for which you have to pay. You then return it as empty as possible leaving any unused fuel as profit for the hire company as they then top up at over pump prices and charge the next customer. This practice is all but universal, however, SiXT do have a completely fair "return it with the same amount of fuel as it came with" policy.

Though cars will normally be supplied with collision damage and theft waivers, there will often be an excess to pay and they can be pretty high in Malta. Excesses of well over €1,000 are commonplace and €1,500 or more are not unusual. These can be easily covered with car hire excess insurance