Imported Car Insurance - Compare Prices for your Import with MoneyMaxim 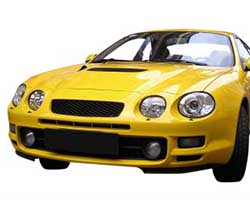 Whether your car was imported from Belgium, France, Germany or Japan - or indeed any other country - the panel of insurers we work with are experts in finding the right insurance for your vehicle.

Save time and money when looking for imported car insurance using this specialist service. So using the service gets your request in front of the right companies fast. All our partners are specialists in finding cover for imported cars meaning you stop wasting time in talking to companies who refuse to insure imported vehicles.

Get a quotation now - pop your details below and you will be surprised how quickly your insurance will be sorted!

Imported cars can be more challenging to insure as they have, in many cases, been built to a specification which meets the regulations in their origin country rather than the UK. Cars imported are normally classified as either a grey or parallel import - and as such there are fewer car insurers willing to offer cover.

A grey import is the term used for cars built outside the EU - perhaps in Japan, Korea, the US or Canada. In some cases cars or vans may have been built to higher specifications, making them more expensive to replace if they were stolen, or lower standards lowering the safety record of the vehicle. In any event it is potentially going to be more expensive to repair the car as parts, specifications and expertise may be more difficult to source.

A parallel import is a car bought elsewhere in the EU, meaning it has the same core safety standards as a UK vehicle. But although any car sold anywhere in Europe (or at least within the EU) will meet similar emissions or passenger protection standards, there may be other differences - maybe in the trim, meaning that once again sourcing parts is trickier and more expensive, and this in turn can impact on the cost of insurance.

Without doubt though you can keep your imported car insurance costs down by asking for a range of quotations from companies who specialise in this form of car insurance.

This service is operated on our behalf by Seopa Limited.