Adjusting Your Radio? – Be Careful its a Major Cause of Car Crashes

Men are twice as likely to crash their cars, figures show, as they are more easily distracted by kissing or adjusting the car radio while driving. 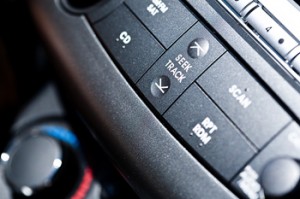 Men are twice as likely to crash their cars, figures show, as they are more easily distracted by kissing or adjusting the car radio while driving.**

One in 10 men who have been involved in a car accident have admitted, in a study by Santander car insurance, the fault was theirs due to their concentration waning. This is compared to one in 20 women who admit to the same behaviour.

The survey reveals three in 10 men and a fifth of women have reported having a near miss car accident as the result of a distraction.

Seventy six percent in the survey admit to adjusting the car stereo while driving, while others admitted eating or drinking soft drinks while driving were the distractions most likely to cause an accident.

Other motorists confessed to distractions such as talking on their mobile phone, even without their hands free kit, map reading while driving, reading a book, kissing, applying make-up, swotting insects and even shaving, as risky car behaviour.

"Clearly, motorists understanding their risky behaviours are dangerous but as many as 75 percent own up to taking their eyes off the road to do something other than driving,” commented Colin Greenhill, Santander Insurance, director.

"It goes without saying that concentration on the road ahead is essential and that drivers should adhere to this, regardless of how ‘important' their other task may be.”

While 96 percent of motorists in the survey acknowledge that texting while driving was the most dangerous behaviour, one in five admits to doing it.

The Easter break is also likely to be a threat to motorists, as LV= found one in ten Brits pack their cars to the brim when driving to UK holiday destinations, making them more likely to crash.

Over the last five years, more than eight million motorists have overloaded their cars, the research showed, and 180,000 drivers have broken down as a result.