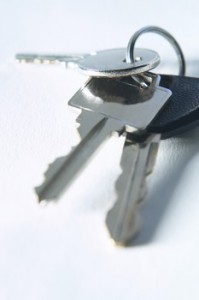 Research by the AA suggests car insurance premiums have risen by 40 percent in the last 12 months, and coupled with the increasing price of fuel, is making the cost of running a car for many Brits unaffordable.

Europa, a car rental provider in Europe, suggests motorists consider renting a car either for leisure or business when and where they need it.

Renting a car eliminates insurance costs as well as maintenance and roadside assistance costs, and fuel consumption is also reduced by as much as a third, Europa claims, by driving in a more efficient way in a nearly new car.

"Clearly for many families having access to a vehicle day and night is vital – it's what UK families are used to,” said Ken McCall, Managing Director, Europcar.

"We have been seeing a growing trend over the last couple of years of more people renting for day to day needs and as an alternative to second car ownership.”

According to the AA British Insurance Premium Index, the average comprehensive car insurance policy now stands at a staggering £892.

After 27 years of car ownership, John Lynch of Walton on Thames gave up his car to rent instead, when he discovered his BMW Touring needed work which would end up costing more than the value of the car itself.

He admitted he did not think he could manage with just one car in the household, but has realised their second car was surplus to their requirements.

"I think you can get quite lazy and don't realise that you can cope quite easily without a car full time,” John commented.

He claims he has saved about £2,000 a year by giving up his BMW and renting a car when he requires one instead.