Times are changing in the travel industry

Life has changed considerably when it comes to travelling anywhere nowadays. While most baby-boomers did not leave the UK before they were 16, four out of five

Life has changed considerably when it comes to travelling anywhere nowadays. While most baby-boomers did not leave the UK before they were 16, four out of five children from Generation Y (today aged 18-24) travelled ****abroad an average of four times before being 16.

Today's 18 to 24 year-olds have travelled three times more than their grandparents – people from the Baby Boom generation – according to new research released by Post Office Travel Insurance. 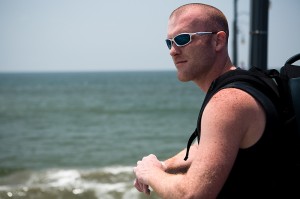 To be precise, while 77% of Baby Boomers had never left the UK before the age of 16; a total of 79% of those from Generation Y travelled abroad an average of four times before the same age.

The study also shows that over half of 45-54 year olds (53%) never travelled abroad as children and, of those that did, an overwhelming 94% made it only as far as Europe.

Despite European countries being the most popular destinations for travellers from Generation Y, those have also ventured as far as Africa (17%), North America (15%) and South and Central America (4%).

The reasons for these trends are numerous. The study suggests that package holidays – introduced back in 1950 – revolutionised the potential for travelling abroad. The advent of the Boeing 747 and charter flights in 1970 also made things easier for those willing to discover the world outside the British borders.

Research also reveals what the main concerns are when travelling with children. The most prominent travel worries for parents include accidents and tummy bugs.

Keeping the children entertained, getting seats together as a family and being able to contain and control the children during the flight are the three major concerns when travelling with children by plane.

Investing in travel insurance can make parents less anxious about going abroad, especially when there are children involved.