Car and home insurance rates continue to rise, new figures show, making it more expensive than ever to own a car. 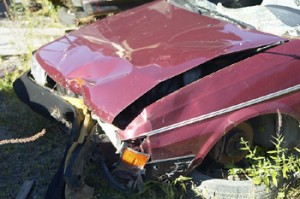 Car and home insurance rates continue to rise, new figures show, making it more expensive than ever to own a car.**

The average premium for an annual comprehensive car insurance policy is now £892, which is a rise of more than 40 percent over the last year ending March, the AA British Insurance Premium Index reveals. This is the biggest annual increase since records began in 1994.

Home insurance rates are also at their highest levels with the average premium for Buildings cover going up by 14 percent over the year to £147, and Contents insurance rose by 12 percent to an average of £76.

Younger drivers continue to feel the brunt of the increases, as those who are aged between 17-22 years old have seen their premiums rise by 64 percent of the last 12 months, typically paying £2,431.

"This is leading to more people withholding information when taking out a policy or exaggerating personal injury claims to try to reduce their costs.”

Their research shows young men are 10 times more likely to suffer a catastrophic crash than older drivers, and more than half of insurers refuse to insure teenage drivers, cutting the choice of insurance policies on the market.

From December 2012 the new rules where insurers will not be able to take gender into account when calculating premiums will come into effect.

According to Swiftcover, UK households with more than one car could be paying 29 percent over the odds for their car insurance.

Their research shows 32 percent who own more than one car could be able to save money by opting out of multi-car rates.