New research warns drivers about the importance of keeping their car tyres in good condition. Unsafe or bald tyres can lead to motor insurance claims being deni

**New research warns drivers about the importance of keeping their car tyres in good condition. Unsafe or bald tyres can lead to ****motor insurance claims being denied and to fines of up to £10,000 being incurred. ** 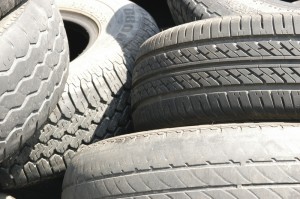 Even one defective or bald tyre can cause fines of up to £2,500 and three penalty points, with fines going up to £5,000 and six points in cases of drivers having two defective tyres.

In the worst case scenario, having all four tyres classed as defective could result in a maximum fine of £10,000 and 12 penalty points taken from their driving licence.

Aside from the massive fines and penalties, failing to have tyres in good condition also allows car insurance companies to deny claims.

Despite this data, the latest poll of 2,000 motorists made by a leading comparison site found that many Brits still don't know how to keep their tyres roadworthy.

British drivers within the 18-24 year old bracket are the least likely to know how to put air in their tyres.

"Tyres must be checked on a regular basis to ensure they are up to road safety standards. An easy way of checking tyre tread is the 20p check. Place a 20p coin into the main tread of the tyre and if the rim of the coin is covered by the tread this shows it is a legal road worthy tyre,” recommended Gareth Kloet, Head of Car Insurance at Confused.com.

If you want to avoid fines, penalty points and car insurance claims denials, taking care of the maintenance of your tyres is fundamental.