1 in 5 Drivers Are Approached by Personal Injury Companies

1 in 5 drivers have been approached by personal injury lawyers, according to a price comparison website.

**A fifth of drivers have been approached by personal injury lawyers, according to a price comparison website. 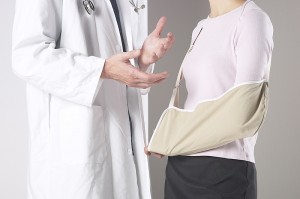 The research found that 11 per cent of people would consider suing a ‘No Win No Fee' service to claim compensation after a minor motoring accident, even if they weren't badly injured.

Former Justice Secretary Jack Straw recently called for a shake up of the car insurance industry after he revealed that premiums are being pushed up as companies sell personal data to personal injury lawyers.

1 in 5 drivers have been contacted by personal injury firms either by text, phone or email suggesting that they may wish to make a claim for injuries caused in an accident.

Out of those who have been targeted, 3 per cent say they have used no-win-no-fee firms to get compensation even though they weren't badly injured.

The number of personal claims has risen dramatically over the last year, ultimately making car insurance premiums higher. Two big insurers admitted to selling sensitive information to claims companies after being confronted by the Blackburn MP.

Straw is now calling for an industry shake up after revealing the scandal stating that the ‘racket' must be stopped.

The research from Gocompare found that 33 per cent of drivers feel that personal injury lawyers are pushing up the cost of insurance.

However almost half of people feel that those who are involved in an accident are genuinely entitled to compensation.

Claims companies taking advantage of this attitude are winning people over at a time when car insurance premiums are at a record high.