Brits wary of lack of transparency regarding their savings

Only 3% of Brits feel their banks are totally clear with them about what happens to their savings once they are deposited.

Only 3% of Brits feel their banks are totally clear with them about what happens to their savings once they are deposited, according to a new study. 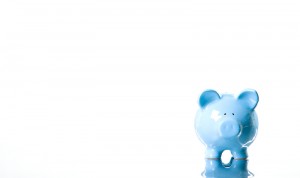 Latest research from leading ethical bank Triodos shows that communication between British savers and their banks is lacking in transparency when it comes to savings.

While up to 85% want more information about what happens to their savings, over a quarter (26%) admits they have never had any details from their banks.

On top of this, the report shows that more than half (54%) would consider switching provider if they knew their bank was using deposits to fund controversial industries.

Among the most common worries, 53% of savers said they would be concerned if their bank was lending money to exploitative consumer goods production such as sweatshops. A further 50% worry about their bank collaborating with weapons production and 34% would not like it if their bank was funding intensive animal farming.

In order to avoid these concerns, comparing savings accounts and obtaining as much information as possible about the different options available is crucial to gaining a clear conscience while keeping some pounds aside.

"The banking sector as a whole must acknowledge customers' interest in the use of money, and properly consider the role that its power and influence can play in acting for positive change”, said Charles Middleton, Managing Director at Triodos Bank.

Despite this lack of transparency, a recent study by the Norwich and Peterborough Building Society (N&P) revealed the ****dreadful reality of the state of household finances for many British families. Amongst other data, research discovered that the Welsh population are the worst savers within the UK while Scottish people are the best, and that one in four Brits over 55 has no available savings at all.