Car Insurance for Women: female habits that are dangerous on the road

With almost a quarter of British women applying make-up while driving, thousands of female drivers are putting many lives at risk due to their in-car multi-task

With almost a quarter of British women applying make-up while driving, new data shows that thousands of female drivers are putting many lives at risk due to their in-car multi-tasking routine. 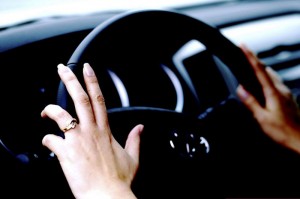 The latest poll by Women's car insurance specialist Diamond reveals how dangerous female "multi-tasking” can be.

The survey asked more than 2,000 female motorists about their driving habits and found that 23% of them admit to applying make-up whilst driving, with up to 7% taking their hands off the wheel completely to apply their make-up.

All this, warns the report, can easily lead to a car accident. 16% of women interviewed said having crashed or had a near miss as a result of their morning make up routine.

The risks of multi-tasking

Aside from doing their make-up on the road, women also leave some of their morning routine tasks for their driving time; 34% have eaten breakfast, 32% drunk hot drinks and 30% have brushed their hair behind the wheel.

Females are also likely to play with their tech devices while driving. A majority of 47% have checked text messages, almost a fifth (18%) have checked their emails on a Smartphone and nearly one in ten (9%) have even read the newspaper.

Brits' distractions habits on the road are something common but still very dangerous.

Another recent study published by a leading price comparison website found that one in ten (10%) of those pet owners who take their animals on car journeys regularly, said they have almost had a near miss when driving because of their pet's behaviour in the car.

To avoid car accidents is important to pay attention to the road all the time. However, having proper car insurance will cover your expenses in case you have a mishap while driving.