Tracking the Cost of Home Insurance

Home insurance premiums have increased 6 per cent on average since January 2010. 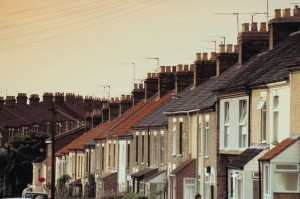 Home insurance premiums have increased 6 per cent on average since January 2010.**

According to an independent price comparison website, between January and March 2011, home insurance has increased by 6 per cent. This is on average 2.5 p per day. This may not seem a lot but the typical contents cover for buildings has gone from £142 to £151.

The new research shows that car insurance has also shot up, it's now up by 31 per cent since this time last year. The European Court of Justice ruling a ban in gender being used to calculate car insurance earlier this month will significantly affect car insurance premiums of young women drivers whilst potentially may reduce premiums for young male drivers.

Insurers are recovering from the winter damages caused to homes across the country. The freezing weather and floods caused considerable damage which insurers are picking up the bill for.

As the cost of living is soaring, more people are submitting fraudulent home insurance claims. According to data from Legal and General, there are an estimated 170 such claims put forward every day. With £44 being added to every premium sold to cover the costs of false claims this is another cause behind the cost of home insurance increasing. It is in the end homeowners who end up forking out more for those who cash in on fraudulent claims.

Compare home insurance onlineto find a cheaper premium for you. ****