The new Continuous Insurance Enforcement (CIE) legislation is being launched to cut the number of uninsured drivers on UK roads. 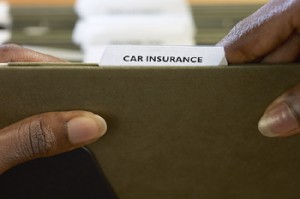 The new Continuous Insurance Enforcement (CIE) legislation is being launched to cut the number of uninsured drivers on UK roads.**

The Department for Transport will enforce the new legislation which makes it an offence to keep a vehicle that is uninsured, rather than just to drive when uninsured.

Only cars that are subject to a Statutory Off Road Notification (SORN) will be let off.

A survey by the AA however reveals six out of 10 motorists have not heard about the new law, and the balance who are aware of it, 38 percent admit they do not know what it means.

"This tough action is to be welcomed but it is vital that the Government undertakes a campaign to increase awareness,”commented Simon Douglas, AA Insurance director.

"Driving without insurance is not a victimless crime and honest drivers each pay on average about £30 of their car insurance premium as a contribution towards the cost of the damage and injury such drivers cause.”

There are an estimated 1.4 million cars on the roads and about one out of every 25 are uninsured – one of the worst records in Europe.

The DVLA and Motor Insurance Database are building up a list of vehicles with no insurance or a SORN to enable the DVLA to take action.

Around 160 people are killed every year due to uninsured and untraceable drivers, while a further 23,000 are injured, not to mention the millions of pounds motorist suffer for the damage to their vehicles and property.

For many Brits, running a car is unaffordable as the AA suggest premiums have risen by 40 percent in the last year.

Car rental provider, Europa, discusses the benefits of renting a car for leisure or business, as a cost effective alternative to owning a car. They outline the benefits which eliminate high insurance and maintenance costs, and state fuel consumption is reduced by as much as a third.