E.ON’s announcement last week on its price increases has left many consumers worried about how much it is going to cost them to heat their homes this winter.

**E.ON's announcement last week on its price increases has left many consumers worried about how much it is going to cost them to heat their homes this winter. E.ON is the fourth major British energy supplier to raise their prices this year. ** 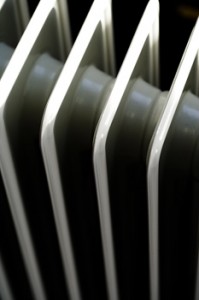 After these increases are implanted the average bill is expected to jump from £1,132 to £1,250. According to the different energy suppliers, these rises will play out as follows:

"Yet another price rise will leave the average energy bill weighing in at £1250 a year. Many consumers worry how they will afford to keep their homes warm this winter given other price rises and flat or falling incomes,” said Mike O'Connor, Chief Executive of Consumer Focus.

"Customers need to know whether these increases are warranted. Customers will feel they didn't get the benefit when wholesale costs were low. Wholesale costs are around a third lower than their 2008 peak yet consumer prices have reached an all-time high;” O'Connor added.

If you are concerned about the current increase in energy prices, comparing gas and electricity prices by using the energy monitor can help you to choose the best supplier according to your needs.