Festival Goers Should Get Insurance for That iPad

The UK festival season is in full swing and although plenty will be having a good time , now is the time to think about gadget insurance against all those goods

As the UK festival season is in full swing, new research has found that the nation will spend approximately £3 billion pounds on Festivals this summer. 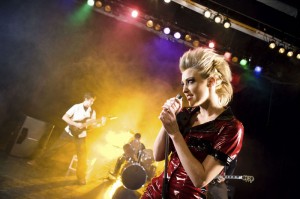 According to figures published by the Post Office, 18 million people will attend an outdoor summer event this year.

Expensive gadgets such as iPads, laptops, kindles and are being taken to festivals and targeted by thieves.

The average amount that people spend on music festivals is £187.30 on the tickets and spending money with some people spending as much as £550.

While many want to relax in a field away from technology, a small minority of techno dependants can't live without their must have gadgets as 9 per cent of people admitted to taking their iPad or laptop with them.

As spending money, travel, tickets, food and drink all add up the cost of going to a festival can soon rock up. One in five 18-24 year olds said they could not afford to attend their favourite festival this year due to high cost.Almost half of people surveyed said that these outdoor events were more expensive now than they were 5 years ago.

With unsecure portable housing such as tents and caravans, thefts can occur. When question 27 per cent of people said that they had previously lost or had items stolen at an outdoor event.

"People are already spending hundreds of pounds on events this summer, so it is wise to avoid facing further financial demands by making sure any valuable items are fully protected against loss, damage or theft,” said Gerry Barrett, Head of Home Insurance at the Post Office.** **

"Leaving high value goods such as laptops or iPads at home is probably the safest approach.But for anyone who can't face the idea of living without their favourite gadget, we'd recommend they check their home or travel insurance policies to see what personal possessions are covered,” he continued.

Other popular items people plan on taking to festivals include sunglasses,credit cards,car keys, jewellery. 4 per cent of people even admitted to taking expensive cordless hair straighteners or a hairdryer.