Gas costs have risen by 40% in the last year

The winter gas prices for 2011/12 have almost doubled compared to last year, according to the British regulator Ofgem.

The winter gas prices for 2011/12 have almost doubled compared to last year, according to the British regulator Ofgem. 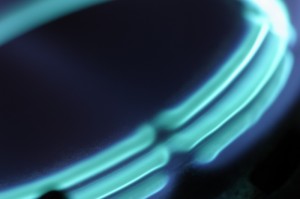 The latest Ofgem report on energy prices shows that the average dual fuel bill now stands at £1,345 and warns that the big six energy providers have raised their prices by an average of £125 per year.

Given this situation, the energy regulator has proposed a radical reform model with simpler tariffs, clearer bills and annual statements. In their plan, Ofgam said that all consumers would be able to compare prices easily and those seeking more innovative tariffs will be free to choose them.

Among other improvements, standardised price information would allow consumers to compare more innovative tariffs with protection against price increases for the duration of their deal. Additionally, consumers wanting a no frills tariff would get a simple unit price and a fixed standing charge set by Ofgem.

On top of this, Ofgem explained that the rising cost of oil prices is a big driving force behind current gas prices in Britain and suggested that gas prices have become increasingly influenced by global events.

The report entitled ‘Why are energy prices rising?' highlights that the affected production of oil from Libya due to the ‘Arab spring' is keeping the prices high. The tsunami and subsequent nuclear issues in Japan have also undoubtedly had a negative effect on UK gas prices generally.

Even if the cost hikes on gas and electricity are justified from the suppliers' point of view, numerous British families are currently struggling to manage their household finances effectively because of the rises. Because of this situation, comparing energy prices among the current suppliers could be the secret to avoid overpaying for energy consumption this winter.