Renting a car? Why not see the the iconic Scottish Road Trip - the North Coast 500 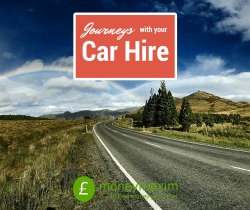 Mention of Scotland may bring to mind images of tartan,bagpipes and haggis but perhaps not a road trip. Now all that has changed with the opening of the North Coast 500 route. Car hire with MoneyMaxim can take you on this breathtaking 500 mile journey around the stunning north coast of this beautiful country.

A road trip gives you the opportunity to stop and explore everything the area has to offer at your own pace. Whatever your interest, there will be something for you to enjoy as you meander your way around the splendid coastline of Scotland. Here are just a few ideas from around the route to whet your appetite.

Inverness - This is the suggested starting point for the NC500. Visit Culloden, site of the battle, and Fort George, built to fend off the Jacobites, which is close by. If history is not for you then why not pop over to Chanonry Point to see the dolphins?

Tain - If you are this close, it may seem rude not to sample the local delicacy! The Glenmorangie distillery is open for tours all year round. If you are stopping over in the area, you could also enjoy one of their tasting experiences. 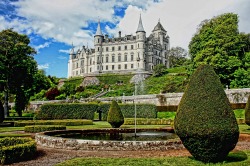 Golspie - Dunrobin castle was originally built as a summer house for William, Earl of Sutherland. You can not only look around the castle but also take a stroll around the splendid gardens. Stop for a bite to eat in the restaurant and watch one of the daily falconry displays.

Wick and John O'Groats - The heart-stopping views for this part of the coastline are quite something to behold.There are some unique geographical features such as the Whaligoe steps which zigzag down to the harbour. The over 350 steps are not for the feint-hearted as it can feel quite exposed and coming back up is much harder work than going down!
Duncansbyhead is said by Undiscovered Scotland to be the real north eastern tip of the Scottish mainland - further from Lands End than John O'Groats - its stacks rising up from the sea along the coast are an amazing geological feature. 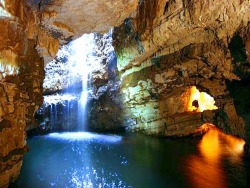 Durness - Smoo caves have developed from a sinkhole where the river Allt Moo disappears beneath the ground via a magnificent waterfall.

Lochinver - Not all of Scotland's treasures are old. The impressive Kylesku Bridge was opened in 1984 to replace the ferry service. It may be a modern bridge but it is set in the most spectacular scenery so don't rush over it! Stoer lighthouse just outside of Lochinver has been helping mariners for 140 years and is a wonderful piece of engineering history.

Ullapool - Stretch your legs on an exhilarating walk over the Knockan Crag Trail. These magnificent rock formations are interspersed with sculptures, poetry and there is even a treasure hunt for the children.

Gairloch and Torridon - The sea itself has much to offer those who take on the NC500. Gruinard Bay is a picturesque sandy beach, perfect for a day of putting your feet up and enjoying the view. If you want to get out on the water you can embark on a Sea Tour at Torridon and view the stunning coastline from offshore. 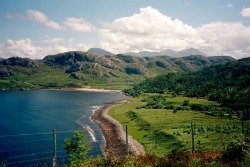 Scotland is an amazing place to spend your holidays and if you want more proof then Visit Scotland has more ideas as well as helpful advice on accommodation. Your car hire from Inverness airport can cost as little as £132.85 for a week (based on a compact car hired from 27/5/16 until 3/6/16) with car hire excess insurance from just £14.40 for the week.

It may not be far from home but the North Coast 500 will transport you to another world.