Over 2010 the number of claims made increased by 5 per cent for life and 13 per cent for critical illness business. 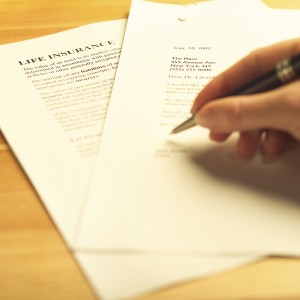 When faced with such difficult claims to make, the Association of British Insurers (ABI) have attempted to make the process easier for customers. In 2008, they introduced three high level categories of non disclosure to help clarify and improve certainly with paying claims protection policies. These include 1) innocent, which results in the claim being paid in full. 2) negligent, where a proportion of the claim is handed out and 3) deliberate without any care, this means that your claim could be declined altogether.

"The improvements made to our procedures in handling claims, together with the ABI changes, have led to far fewer claims being declined and we are hugely encouraged by this,” Head of Underwriting and Claims at AEGON Matt Rann said.

"AEGON's improvements include the introduction of our tele-claims service, available across all our individual protection products, and amendments made to our application form,” continued Rann.

Recent research by leading price comparison website has revealed that smoker's who stop smoking could save on average £6,659 on combined Critical Illness Cover (CIC) and life cover, or up to £1,571 on a single life insurance policy.

Compare life insurance to see what would be best for you.