With a number of years journalism experience, John is a personal finance journalist and editor providing regular daily news updates to the MoneyMaxim website. His area of particular interest includes house prices, mortgages and insurance. He works as News Editor at MoneyMaxim.

Shunting is becoming an expensive problem for British motorists, as research reveals each year there are 405,000 rear-end bumps on the roads.

Shunting is becoming an expensive problem for British motorists, as research reveals each year there are 405,000 rear-end bumps on the roads. 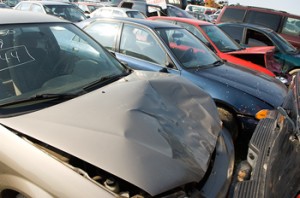 For 27 percent of accident claims in 2010 Admiral received, one car had hit another from behind, which is a nine percent increase of these types of accidents from 2009.

The insurance company looked at claims data from more than 200,000 cases in 2010. They found many rear-end accidents cause the occupants of the car to suffer from whiplash, and this alone costs insurers £1.9 billion a year, and accounts for 75 percent of all bodily injury claims.

"Rear-end shunts are all too common on our roads which I can only imagine is down to driving habits,” said Sue Longthorn, Admiral managing director.

"There are unscrupulous drivers out there causing slam on accidents so it's important to keep your distance from cars in front.”

The research also worryingly uncovered around 30,000 accidents are staged each year so those with car insurance can claim money on fake accidents. Each of these claims costs on average around £17,000 and are in part to blame for the high cost of car insurance.

According to Confused, the car insurance rate for young drivers between 17-20 years old has increased by 33.5 percent from 2010, with these drivers having to pay an average premium of £2,648 a year.

Due to this, 50 percent of mums in their survey claimed they would like to help their children buy and insure their first car due to the expense.