Britain is still down in the dumps regarding the state of the economy. Savers also don’t appear to have too much faith in policy makers solving the current fina

Results from a recent survey have concluded that Britain is still down in the dumps regarding the state of the economy. Savers also don't appear to have too much faith in policy makers solving the current financial problems. 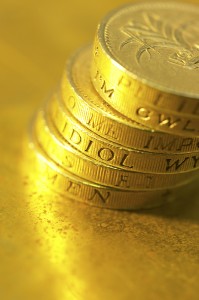 In a survey conducted by 2,000 savers in the UK, only 22% of people said they have faith in the Coalition government to steer the UK through the current financial difficulties. Four in ten Britons (43%) even expect a double dip recession according to a new survey from Fidelity International.

The stock market decline is another concern for British savers. A total of 63% of Brits believe they will be directly affected by the state of the stock market, with the London riots and rising utility bills also cited as major concerns.

Additionally, almost two-thirds of people also felt that issues in the Eurozone and US would impact them personally.

30% considered the US would be their last choice to invest their money, followed by Europe at 22%. The UK was the top choice for 42% of investors, while 39% said they would choose Emerging Markets.

A staggering 42% of those questioned considered that gold was the best place to put their money, while 35% felt there were no safe havens. Cash was chosen as a safe haven only by 14% of people, followed by commodities at 11% and bonds at 9%.

These negative perceptions are forcing Brits to take less and less risks regarding their investments.

Almost 30% have either switched investments into less risky assets, sold investments to protect against further falls, plan to take action if things get worse or said they would not invest any further money at the moment, according to the report.

In contrast, 24% said they had done nothing and 5% had bought more equities as they believe the markets will rise again.

"Savers are clearly feeling very pessimistic about the outlook for both the UK economy and savings. We have had a run of negative news, including the debt issues in Spain and Italy, the US downgrade and falls in stockmarkets across the world,” says Tom Stevenson, Investment Director at Fidelity International.

Given this situation, finding the best deposit and savings accounts in the market is essential to ensure that your money is protected.