What should SeaFrance customers do now?

As a French court puts SeaFrance into liquidation saying there was no credible future for SeaFrance it was announced that hundreds of jobs will be lost as the company lost its battle to survive yesterday. 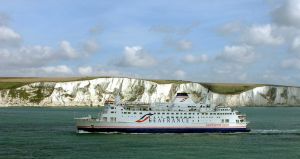 Almost 1000 jobs, mostly in Dover, will be lost in total, including 127 French workers who had expressed interest to take over the company.

Officials at the Tribunal de Commerce in Paris acted after the European Commission confirmed government assistance to the stricken operator was illegal.

Recently both DFDS, who have acquired Cross Channel competitor Norfolk Line and Eurotunnel have considered bidding for the company, and indeed Eurotunnel got as far as making a bid that was again sunk by the French authorities.

SeaFrance customers are being advised to seek a refund from the company (provision has been made to ensure that all customers with pre-existing bookings will receive refunds) and to rebook on an alternative supplier such as Eurotunnel or DFDS / Norfolk Line. Provision made be made with an alternative company directly although this should be arranged through SeaFrance.

SeaFrance, who said it was ‘sad' about the news, had operated three ferries on the Dover to Calais route.