Andrew is the team’s techno-guru, and writes our breaking personal finance technology stories, keeping site readers up to date of forthcoming launches and product features.

Students take belongings worth more than £2,500 to university

Students take an average of £2,652 worth of possessions to university and tech-savvy students regularly carry more than £1,000 worth of gadgets with them every

**Students take an average of £2,652 worth of possessions to university and tech-savvy students regularly carry more than £1,000 worth of gadgets with them every day, a new study reveals. **

Gadgets are widely used by the younger British population, with most students owning a computer and other expensive devices.

The study revealed that students will be taking a laptop (83%), a desktop computer (14%) and/or a tablet PC (4%) to university for the start of the new term. Also, research shows that students take a mobile phone to university, with 59% of those being Smartphones. 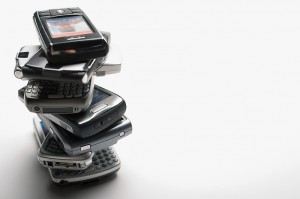 This high consumption of technology items, however, is not only popular among university students.

In the past five years, a total £468 million worth of gadgets – 9.3 million devices – have been thrown away after a short period of use, a report from a leading insurance company shows.

The study reveals that a third (35%) of these gadgets are no longer used by their original owner after a relatively short period of time.

Despite the love for buying high tech products, a total of 27% of buyers use less than half of their purchases in the long term.

Recycling (19%), giving them to friends or family (21%) or reselling them (16%) are the most popular ways to rid yourself of unwanted gizmos.

With the average Briton owning six devices and 36% of them owing even more than six, Britain seems to be turning into a gadget addicted nation.

Passion for buying high-tech devices and gadgets is increasing over the years among the British population. If you also are a technology fan, gadget insurance is the best option in order to protect your devices