A large amount of variation between mobile phone insurance policies have been identified, as 60 percent of insurers were found to cover the loss of a smartphone

** A large amount of variation between mobile phone insurance policies have been identified, as 60 percent of insurers were found to cover the loss of a smartphone but only 43 percent an iPhone.** 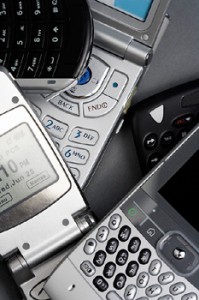 The report by Defaqto comes as mobile phones become more advanced and significantly more expensive than ever before, highlighting the importance of mobile phone insurance.

According to their new Star Ratings study, although 99 percent of mobile phone insurers cover theft of normal handsets and smartphones, only 74 percent cover the theft of an iPhone.

A further 74 percent of policies cover contract phones against the cost of unauthorised calls after the phone has been stolen, where the average amount of cover stands at £1,528.

In comparison, Pay As You Go insurers cover these unauthorised calls with an average amount being only £290.

"It is essential that people match the features and benefits they require from a mobile phone insurance product with those provided by the policy they choose,” said Brian Brown, Defaqto's head of research.

"If consumers focus on price alone they can run the risk of under-insuring their mobile phone.”

The study warned that focusing on price alone when choosing mobile phone insurance can, as a result, risk mis-matching the needs of the user and what the insurance covers.

The iPhone is more popular than ever before, as Apple have recently announced their global sales have increased by 113 percent in the first three months of the year alone.

However the study by Defaqto highlighted the importance of comparing the right insurance for Apple iPhones, with many insurers not offering the same level of cover for these particular models.

In the first three months of 2011, Apple sold a total of 18.65 million iPhones – showing how many are depended on by consumers for phoning, texting, keeping up-to-date with social media and email, and for passing time with the endless entertainment options included.