New research has found that money is top of the conversation taboos for the nation, despite many of us living in financial turmoil. 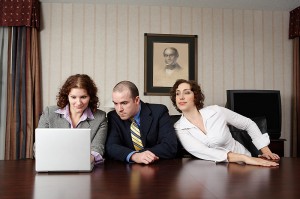 New research has found that money is top of the conversation taboos for the nation, despite many of us living in financial turmoil. **

However, Scottish Widows have found that younger generations are more likely to discuss money matters openly.

Friends and family are the first ports of call when it comes to seeking financial advice; however 43% of those questioned also said they would **NOT **be prepared to discuss money with friends.

The research found that those aged between 18 and 34 are doing the most to challenge the stigma surrounding the subject;

"We are a nation who simply do not want to discuss our money worries, and much of our personal lives are off limit even to our nearest and dearest,” said Catherine Stewart, savings expert at Scottish Widows.

"It is a very British trait to avoid discussing personal and taboo subjects such as money, particularly for older generations that have been brought up in this way. But it is encouraging that the younger generation is breaking with tradition and is more comfortable talking about their finances, however they should choose who they go to for advice carefully,” added Stewart.

Despite this many people have spoke out in anger about the recent energy price hikes and what damming effect this will have on their household bills and personal finances.

The news follows a decision by British Gas to increase prices by almost 20% as of the 18th August 2011.

Ann Robinson, from uSwitch, commented that despite bills having "rocketed by almost £500 in five years, consumers are still being asked to pay more.”

If you are worried about the price you are paying for your energy supply, you could compare price plans and tariffs using our energy comparison service tool.