Due to the recent increase in energy prices that most providers have applied, new figures shows that almost 300,000 insulation measures (such as loft and cavity

Due to the recent increase in energy prices that most providers have applied, new figures shows that almost 300,000 insulation measures (such as loft and cavity wall insulation) have been installed in British homes over the past three months. 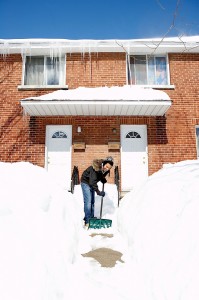 A stable home insulation can reduce energy bills by more than £100 a year.

Many British families seem to have woken up to this and, in the last three months, they have worked on installing adequate levels of loft and cavity wall insulation.

According to figures from the Department of Energy and Climate Change, 58% of British houses now have ‘adequate' loft insulation.

Because of the price hikes, the Coalition government recently told energy companies in July 2010 to increase the help they make available for people to insulate their homes.

Companies will have to increase the rate from an average 5,000 installations per month to 18,000 a month to make sure they meet the target of those who are at most risk of fuel poverty.

However, Energy and Climate Change Secretary Chris Huhne has warned the ‘Big 6′ energy suppliers that they are at risk of missing the Government's tough home energy efficiency targets and need to double their insulation rates.

"More than £100 can be knocked off your bill if you get your loft lagged and cavity walls filled and thanks to tough government targets for the Big 6 energy companies, consumers can get free or discounted insulation.

"People should call the Energy Saving Trust for advice on how they can save money on their bills and protect themselves from rising energy prices,” said Huhne.

Apart from insulating, comparing gas and electricity prices could help you to check how much you are paying for the energy you use.