In the last two years, more British holidaymakers have suffered from a lost or stolen item while they were on holiday, filing up to £24 million in total travel

In the last two years, more British holidaymakers have suffered from a lost or stolen item while they were on holiday, filing up to £24 million in total travel insurance claims, reveals a new study. 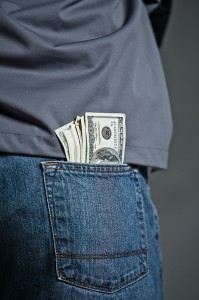 Lost or stolen money claims grew by almost a half (43%) during years 2008 and 2009, according to analysis made by Sainsbury's Travel Insurance. Spain leads the list of countries where claims originate, where a quarter of those kinds of claims arise (27.6%) generating a value of around £7 million a year.

Furthermore, research highlights that for every £4 million of travel insurance claims received; there is £1 million that goes unclaimed by the high number of British holidaymakers still travelling without any insurance.

In fact, a recent study revealed that fewer people are travelling with insurance this summer.

A quarter (24%) of travellers stated they will travel without cover. A third of them (33%) didn't think insurance is really necessary and a quarter (22%) argued the cost of cover is too high.

A further 11% believed that the free EHIC card, which provides reciprocal medical treatment in EC countries, is a substitute for insurance; while it is not.

If tourists were not worried enough about thieves or lost travel money, new research has found that going on holiday during the summer is on average of £790 more expensive than during term time.

A family of four planning a trip abroad during the school break can expect to pay an average of £790 (43%) more than those who choose to travel between 12th and 19th September, shortly after the new school term starts.

But this is not all, British families that choose to travel during the school summer holidays might face premiums of up to 92% more (equivalent to £1,041 extra), depending on the departure and destination.