So far this year, five of Britain's 'big six' energy suppliers have announced yet another price increase. E.ON and Scottish & Southern Energy (SSE) are the late

So far this year, five of Britain's ‘big six' energy suppliers have announced yet another price increase. E.ON and Scottish & Southern Energy (SSE) are the latest two companies to join this trend. 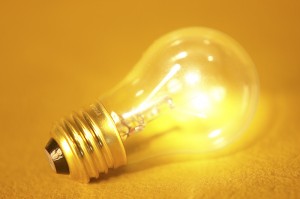 More price hike news regarding the energy industry will hit British users hard this winter, according to a leading comparison site.

In summary, and considering the second increase announced by the five major suppliers, average energy bills per year will look as follows:

These figures are based on a user consuming 3,300kWh electricity and 16,500kWh gas a year on a standard plan.

"Moving to dual fuel, paying by direct debit and signing up to a competitive online plan will reduce the price you pay for your energy,” recommends Ann Robinson, Director of Consumer Policy at uSwitch.com.

"Those who are particularly worried about the impact of future price hikes on their household budget should still look at fixed price plans. Some of these offer good value and security until 2014 – you just have to be aware that if prices do go down again in the future you may not benefit.”

It is definitely a good idea to compare gas and electricity prices.