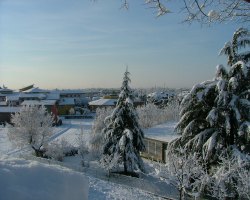 Compare Car Hire in Bergamo Airport, and find the best deal for you with the MoneyMaxim car hire comparison tool above.

Our car hire comparison service is unique as you can compare both car rental costs and the price of independent car hire excess insurance. As Italy tends to have some of the highest excesses in Europe - often over €1000 - and most drivers immediately join one of Italy's busiest motorways on leaving the airport, excess insurance is often considered a must have product. The independent policies can also be up to 90% cheaper than buying it when you reach Bergamo.

Bergamo Airport car hire companies are located in the airport and the firms located there include:

Our Top Bergamo Airport Car Hire Tip - Be Aware Milan Congestion Charge:- An congestion charge known as Area C is levied in the centre of Milan. Charges apply Mon-Fri and from 7.30am until 7.30pm (Thursdays until 6pm). Drivers must pay 5 Euros - regardless of fuel type or engine class - before entering the restricted zone. Ask at the car hire desk if you are likely to want to drive into the centre of the city!

Watch out for hidden compulsory charges for fuel. A Pre purchase fuel plan often includes a service charge you cannot avoid - so make sure the cheapest car hire deal you see really is as good as it looks.

Speeding: Fines are very heavy for speeding. Police can impose a fine and collect a quarter of the maximum fine (giving a receipt for the paid amount). Fines for speeding and other serious offences that occur between 10 p.m. and 7 a.m. are increased by a third.

Lights: Dipped headlights are compulsory during the day outside built-up areas and during periods of snow, rain or poor visibility. Rear fog lights may only be used when there is heavy rain or snow or when visibility is less than 50 metres. Lights must always be switched on in tunnels.

Reflective Safety Vests and Warning Triangle: Warning Triangles are compulsory in cars. Drivers are required to wear a Reflective Safety Vest if they exit the vehicle when it is broken down at night or when the visibility is poor. It's worth checking with your Bergamo Airport car rental company that they are in the vehicle before leaving the car park.

Snow Chains: Must be used if signs indicate between 15th October and the 15th April, or at other times if conditions require them.

Radar Detectors: The transportation or use of radar detectors is prohibited. Breaking this law can result in fines between €708 and €2834 and mean the confiscation of the device.