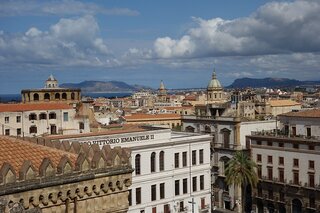 Palermo airport is also known as Punta Raisi or Falcone-Borsellino but most frequently just Palermo airport. It is one of the busiest airports in the south of Italy, the second busiest in Sicily after Catania-Fontanaressa.

The airport is on the Northwest coast of Sicily about 35km or a 40 minute drive from the centre of Palermo, the capital of Sicily.

Many budget airlines fly into Palermo including Ryanair and Easyjet.

Which car hire companies are at Palermo airport?

As a popular holiday island destination, it is not surprising that the car hire rental company options are wide. Those available at the airport include:

The car hire desks are located within the arrivals hall at Palermo airport. There is only one terminal.