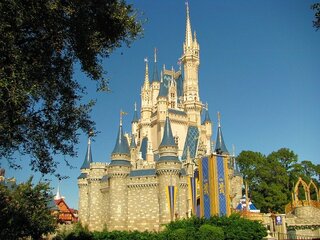 Melbourne Orlando airport is situated about 50 miles from the city - a comfortable hour and a half drive to the theme parks, Disneyworld and Univeral, and less then an hour to Cape Canaveral.

TUI has been using Sanford airport as its hub but with its move to Melbourne Orlando, we will be seeing more and more investment in the airport with plans for a hotel and larger retail space being added to the development that has already taken place.

This development also includes new car hire facilities - they are creating a brand new centre at Melbourne Orlando airport as they will be expecting a large demand for car hire.

The route from Melbourne Orlando airport to Disneyworld is straightforward. Take the Nasa Boulevard followed by Interstate 95 North. Exit on to Fl 528 West and then you will be able to follow the signs to the park.