Annual Car Insurance For Young Drivers Increases to Over £4000

Single male drivers under the age of 21 have been hit with an estimate of £4,000 for annual car insurance payments according to a leading price comparison websi

**Single male drivers under the age of 21 have been hit with an estimate of £4,000 for annual car insurance payments according to a leading price 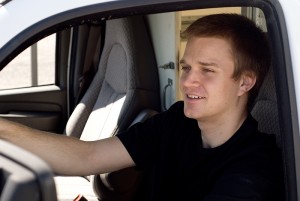 Those aged between 17 and 20 now have to pay a shocking £4,006 per year for comprehensive cover on average.

However, there is a small loophole; it appears that young men who are married and add their partner to the policy can see their annual car insurance drop by around £1,000.

But unless marriage is on the cards, young male drivers are being forced off the market.

In order to cover the costs of driving and insurance a young male driver is looking at spending around, £6,500 a year, almost half the average salary of full time employees at this age.

It's not only young drivers who are suffering though. The average cost of a comprehensive car insurance policy across the UK stands at £858 (as of the end of June 2011), marking a year on year rise of £170.

The average annual price of a comprehensive policy has increased by 2.7% across the UK in the second quarter of this year. Drivers in Northern Ireland have been hit the hardest with a staggering 5.1% increase.

Those aged between 29 and 33 have felt the price hike more than others as the biggest increase has been seen in this age bracket.

The increasing cost of car insurance (as well as petrol) has been driving motorists off the road in recent times. New figures show that 76% of drivers have changed their motoring habits in order to save money.

The average car owner now spends around £1,700+ a year purely on fuel.

As a result, 45% of motorists are driving less and a further 10% have downgraded to a cheaper vehicle which is more cost effective to run.