Going on holiday during the summer is an average of £790 more expensive than during term time. British families that choose to travel during the school summer h

Going on holiday during the summer is an average of £790 more expensive than during term time, a new study has shown. British families that choose to travel during the school summer holidays might face premiums of up to 92% more, depending on the departure and destination. 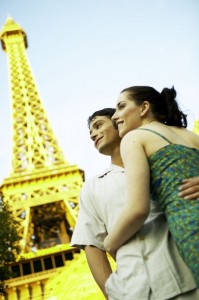 New research from Santander Credit Cards department found that a family of four planning a trip abroad during the school break can expect to pay an average of £790 (43%) more than those who choose to travel between 12th and 19th September, shortly after the new school term starts.

In fact, travelling during the school holidays can force holidaymakers to pay premiums of up to 92%, equivalent to £1,041 extra.

Research shows that the destination of departure can also have a significant impact on the overall price of a holiday.

As it shows, families purchasing holiday packages with flights departing from London could face average premiums of 48% more. In contrast, families travelling from Manchester will pay slightly less, around 38% extra during the summer time.

The study based those statistics on the average price of a week-long trip for two adults and two children to five popular holiday destinations – the Algarve, Lanzarote, Gran Canaria, Orlando and Chania in Crete.

Despite the high prices that accompany a holiday, recent research showed recently that a quarter of Brits would willingly travel without travel insurance this summer.

This is a risky practice considering that average price of a medical claim made by British tourists falling ill abroad reached £1,333. The US is the most expensive country in which to fall ill or have an accident, with the average claim standing at £4,725.

Despite looking like an extra expense, having reliable travel insurance can help British families to save money in case a serious problem comes up when abroad.