British savers that have been keeping money aside may have lost about £2,500 in the last decade due to inflation differences.

British savers that have been keeping money aside may have lost about £2,500 in the last decade due to inflation differences, according to a new study. 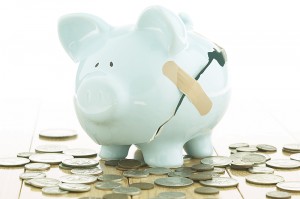 That would sound sufficient enough if the cost of living generally had not risen alongside inflation. According to the study, and considering the inflation increase after a decade, that person's savings would actually need to have grown to £15,700 in order to be truly proportional.

Despite the inflation factor creating a difference of £2,428, figures revealed that only 19% people are actually checking that their savings are not losing value in real terms.

Only 26% consider inflation as one of the key criteria when looking for a savings account. 46% focus on how easy it is to access their money and 37% based their choice on how financially secure they think their savings provider is.

A further study from Halifax showed that having a healthy savings balance is not necessarily a guarantee of having the best quality of life in the UK.

While residents of Kensington and Chelsea have the highest average savings balance in the country, it is well outside the top areas for quality of life, ranking at 80th.

Seven other areas included in Britain's top 20 for the highest savings balances also rank outside the top 50 areas with the best quality of life, including Christchurch (110), Shetland Islands (207), Derbyshire Dales (133) and Cambridge (172).

When it is time to choose the best savings account, it is important to compare what conditions all the different providers are offering. Inflation increases across the years are also a key point to consider.