Independent Financial Advisors (IFA) suggested that more and more of their clients are turning to emergency savings, credit cards and loans.

Independent Financial Advisors (IFA) suggested that more and more of their clients are turning to emergency savings, credit cards and loans according to a recent survey. 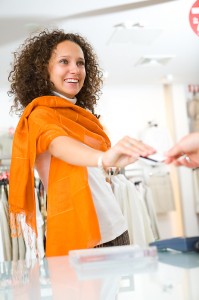 The Scottish Provident's Financial Safety Net asked a number of IFAs what they think their clients, with no protection in place, would do if they became unemployed or contracted a critical illness.

66% of IFAs say clients without protection would withdraw from emergency savings to fund living costs and approximately half said their clients would turn to credit cards and loans.

Other IFAs suggested clients would rely on benefits from the state, while some suggested that people would probably have to seek help from friends and family.

A further 47% suggested their clients would cancel luxury items, such as gym memberships, and 42% of those IFAs surveyed said people would have everyday savings that could help fund their living costs.

Reasons to dip into savings

In addition to this data, a survey from Legal & General showed recently that British people withdraw from their savings for very different reasons.

Of those Brits paying off a mortgage, 57% of them take money from their savings account to cover increased mortgage payments, 13% do it to pay for a holiday and 11% would only withdraw money to pay household bills (including food and utilities).

Paying household bills, however, is the main concern for people without the worries of a mortgage. 45% of those surveyed would use savings to pay bills, 12% would use their savings to pay for educational costs and 11% of people would only withdraw money to pay for a holiday.

Despite describing in detail their clients' reactions, IFAs warned that protection should always be a priority, even in tough economic times.