With a number of years journalism experience, John is a personal finance journalist and editor providing regular daily news updates to the MoneyMaxim website. His area of particular interest includes house prices, mortgages and insurance. He works as News Editor at MoneyMaxim.

The overall number of road fatalities in 2010 fell for almost all types of road users, except in the case of cycling accidents. The economic welfare cost of rep

The overall number of road fatalities in 2010 fell for almost all types of road users, except in the case of cycling accidents. The economic welfare cost of reported road accidents was estimated to be around £15 billion.

The annual ‘Reported Road Casualties in Great Britain' (RRCGB) provides an in depth analysis of the personal injury accidents taking place on British roads, including the types of vehicles involved, the resulting casualties and factors which may contribute to accidents. 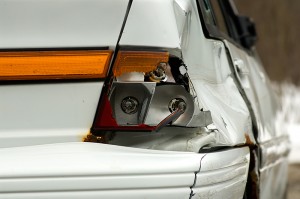 Other than cycling fatalities – which rose by 7% – the number of fatalities fell for almost all types of road users including by 21% for car occupants, 19% for pedestrians and 15% for motorcyclists.

Reasons for the accidents

Interestingly, the report also explains the common causes linked to some of these fatalities.

It estimates that of all road casualties, a majority of 40% were due to a failure to look properly which the study says is the most frequently reported contributory factor in general terms.

Furthermore, 5% occurred when someone was driving whilst over the legal alcohol limit. Despite the percentage being relatively low, alcohol still proves to be a frequent killer with 250 being the provisional number of people estimated to have been killed in ‘drink & drive' incidents – this represents 14% of all road fatalities.

Considering these figures, getting hold of car insurance for UK drivers on the road is an obvious the necessity.