Car insurance: not switching means each motorist wastes £333 a year

British drivers are wasting a total of £2.4 billion by staying with their existing car insurance provider instead of shopping around for a better deal at renewa

**British drivers are wasting a total of £2.4 billion by staying with their existing car insurance provider instead of shopping around for a better deal at renewal time, according to new research. ** 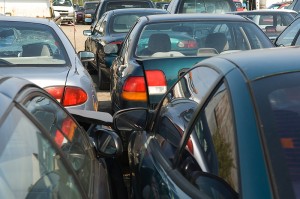 Apathy over the subject appears to be costing British motorists, according to the latest study from a leading comparison site.

The research suggests that when car insurance renewal time arrives, over seven million drivers stay with their existing provider and 2.56 million motorists don't even bother to see if they can save money on their car insurance.

This indifference is making each motorist waste £333 a year, on average, by not switching or comparing quotes from different car insurance companies.

In fact, the study reveals that 20% automatically stay with their existing car insurance provider rather than shopping around to find a better deal.

When motorists were asked why this is, one in ten (9%) said they don't think they can find a better deal. 7% stated that they automatically renew their insurance because they can't be bothered to look around.

Figures show that two and half years is the average time that drivers stay loyal to their provider. The over 55s group are the most faithful – remaining with their provider for an average of three years.

In contrast, those aged between 18 and 34 are the least loyal, sticking to the same provider for only two years. That might be caused by the high cost that car insurance entails for young drivers.

A further study recently revealed that single male drivers aged between 17 and 20 now have to pay a shocking £4,006 per year for comprehensive cover on average.

In order to cover the costs of driving and insurance, a young male driver could be looking at spending around, £6,500 a year, almost half the average salary of full time employees at this age.

If you don't want to waste money with the cost of your car insurance, the best advice is to compare what the different offers available are and go for the best deal.