Car Insurance Online is Continues to Grow in Popularity

Research has found that a growing number of people now prefer to buy their car insurance online rather than over the phone. 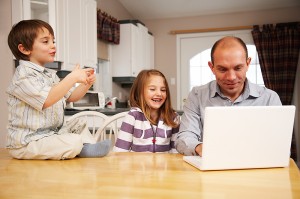 According to research conducted by a price comparison website the majority of UK drivers feel more informed going online for car insurance than ever before and price is no longer the only comparison.

42 per cent of drivers say they know more about the features and excess of their policies now they buy it online than when they used to telephone insurers for quotes. The research found that 1 in 20 felt better informed when purchasing car insurance via a broker. Out of the 2030 surveyed 11 per cent only ever bought car insurance online.

"It's so important that drivers make an informed choice about the cover they need rather than simply choosing on price so it's great to see that UK consumers now feel much more knowledgeable about the car insurance they buy,” said Lee Griffin,from Gocompare.com.

"This research shows that drivers feel they now have a much greater understanding and awareness of cover levels and excesses than when they used to buy it over the phone or through a local broker and that can only be a good thing.”

Drivers who do not shop around could be missing out on cheap car insurance. Only 36 per cent of consumers switched their car insurance over the last 12 months which means that potentially millions of pounds could be in the hands of the insurer not the driver.