Discover more of Eastern Europe with a rental car 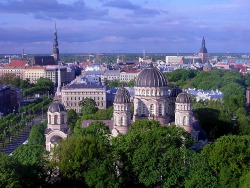 You may not have considered visiting one of the many splendid Eastern European capital cities for a short break but you may change your mind when you realise how much they have to offer for such a great price. Combine it with car hire through MoneyMaxim and the opportunities open up even further.

The City Costs Barometer 2016 compiled by the Post Office shows that 8 out of the top ten destinations for the cheapest city break in Europe are in the east of the continent. This annual ranking list is based on the cost of a two-night stay in a three-star accommodation along with the costs of various activities you might incur on your stay such as food and visiting attractions.

The top three cities on the list are Warsaw, Vilnius and Budapest. The cheapest destination, Warsaw, comes out at a cost of just £113.22 for the weekend. The only two western cities to make the top ten are Lisbon and Athens with Lisbon the cheapest of the two at £134.75. Of all the cities included, Stockholm was the most expensive at £325.44 for the weekend.

Warsaw is a tantalising mix of architecture with gothic buildings nestled up against concrete structures from the communist era and modern glass and steel structures. This fabulous city has had one of the worst histories, almost completely destroyed during WW2, there are now many monuments and museums, such as the Warsaw Rising museum, representing this period in the city's history.

The Palace of Culture and Science was a 'gift of friendship' from the Soviet Union and built in the 1950's. It is the tallest building in Poland and contains theatres, a cinema and museums. There is also an observation deck where you can look out across this beautiful city with its many immaculate parks and gardens.

You can hire a car in Warsaw for just £39.43 for the weekend with the added reassurance of excess insurance through our MoneyMaxim comparison service at just £3.66. With your hire car you could travel to Auschwitz to the south of Warsaw and visit the Auschwitz-Birkenau museum and memorial to those who perished in the camps.

Vilnius's cobbled streets, many little churches and traditional artists' workshops are reminiscent of a village, however they are surrounded by cathedrals and palaces which have a rather grander feel. The Museum of Genocide Victims, housed in the former KGB headquarters, is a reminder of the city's more difficult past. The Antakalnis Cemetary is one of Europe's most poignant burial sites set in a gorgeous location. Here you will find the graves of those killed in various wars - from the 1990's back to the Napoleonic era.

A hire car from just £23.22 for the weekend will enable you to travel to the magnificent Trakai castle on Galve lake just 25km away from Vilnius.

Another Eastern city on the list is Riga, the largest of the 3 Baltic capitals and once the largest city in the Swedish empire. Here, a hire car from the airport can cost you as little as £34.59 for the weekend and will get you to the sea resort of Jurmala just a short drive away.

One of the most popular attractions in Riga is Alberta Iela, a street with architecture which will have you staring at it for hours! There are all kinds of curiosities on the buildings to look out for including goblins, snakes, lions and peacocks. Riga's central market is bustling with food stalls and the Art Museum Riga Bourse, housed in the old stock exchange, has many treasures including a Monet.

Take a second look at these stunning cities and see what you can discover. You may be surprised!