Day Out Declining as Brits Struggle with Costs

Fewer people are now taking day-trips due to the rising costs for the whole family to take a trip.

With the Bank Holiday just behind us, a number of Brits will have spent the weekend struggling to pay for family days out. This trend is eventually expected to lead to a decline in day-trips across the UK. 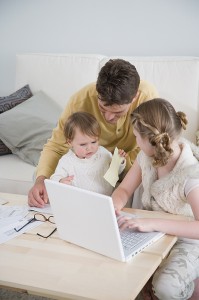 Research conducted by American Express, in advance of the weekend, stated that parents were more worried about the cost of trips than they were a year ago. This could be due to the fact that prices for such trips have risen by almost one quarter over the past 12 months.

Last year, figures showed that the average cost, per outing per child, was £60.80. This cost was inclusive of entrance fees, food and gift purchases. Figures for 2011 estimated that this could reach as much as £73.81, meaning that the average household (containing two children) would incur costs of around £150 per outing.

With financial situations tough for many in general, it is hardly surprising that day-trips are declining. Trips to theme parks remained one of the most popular day-trip ideas, with 41% of Brits opting for this form of entertainment.

However, 54% of Brits feel that theme parks are too expensive with an average trip for a family of four costing in the region of £100 for admission alone. With such large costs it is unsurprising that Brits are shunning such activities.

With prices increasing in every sector, Brits will be on the look-out for ways to save money whilst still entertaining their kids with fun activities.

This means they may prefer to take a holiday abroad for a longer period of time rather than spending large amounts of money on a single day out.

With great ways to save on travel insurance and other holiday costs such as car hire, families may find that longer breaks are able to provide them with the best value for money.