Travelling to the United States? Check you passport will be accepted 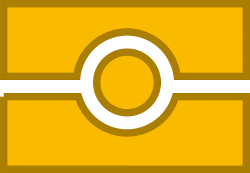 Many people have had problems travelling to the States this year with many being turned away at the airport. Some have had to cancel their holiday, others have had to join their family at their destination at a later date. It is all as a result of changes the US have implemented for British passport holders.

From the 1st April this year, those travelling to the United States are required to have a biometric passport - also known as an e-passport - in order to enter the country.

What is a biometric passport?

A biometric passport contains a hidden microchip which holds information about the holder. This includes facial characteristics such as the distance between your eyes. These facts have been taken from your passport photograph. The biometric type of passport can be used to pass through the e-passport gates at the airport.

How do I know if I have a biometric passport?

The UK first starting issuing biometric passports from the 26th October 2006. If you have renewed your passport since then, you are likely to have one. If you are unsure - biometric passports have a symbol like the one in the picture above at the bottom of the front cover. As it has been nearly ten years since these passports were introduced, most people will not be affected.

What should I do if I don't have a biometric passport and I am travelling to the US?

Firstly try and get a new passport. It can be the most straightforward solution but may require heading to the passport office for an appointment. If getting a new passport is not possible in time, consider delaying your trip. Your first contact should be your travel agent as they often have good relationships with hotels and other holiday companies and may therefore be able to help.

It is unlikely in this eventuality that your travel insurance will cover you but for many other unexpected issues - it can be invaluable.