Festival Goers Are At Risk of Theft

Almost a quarter of festival goers have had their belongings lost or stolen while enjoying the event. 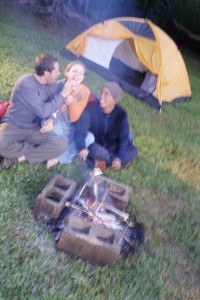 Despite almost 50 per cent of the population attending a UK music festival this summer, festival goers are rarely prepared for an incident of stolen goods.

Many festival goers tend to take expensive items and gadgets with them to enjoy the festival and be contactable. These items include smartphones, iPhones, MP3 players and digital cameras. According to Aviva the average value each individual festival goer's takes with them amounts to £928.

Research conducted by Aviva found that in 2010 there were 945 reported incidents of theft at the UK's most popular music festivals. According to police records, the total value of the items stolen from the festivals amounts to just under £190,000.

The UK's most famous hippy festival, Glastonbury reported a value of stolen goods up to £98,473

"Like any event with crowds of people all carrying pretty expensive gear there is a risk of crime and our research shows that it is definitely worth being as aware of security as you are of the line up of the day,”said Jonathan Cracknell, at Aviva.

Camping gear can be expensive too. Items such as good quality tents, cooking equipment and gazebos are all subject to theft at a festival.

"Tents appear to be the main target for thieves, so don't leave them crammed full of all your favourite electronic gadgets when you pop out for breakfast and perhaps think about carrying less expensive accessories with you when you are out and about – a flashy watch is more likely to attract an opportunist thief than an older model -and simple things like not putting your wallet in your back pocket will also put off would be pick-pockets.”