In 2010, the amount paid by the insurer in domestic water damage claims increased by 44% compared to the previous year according to a new study.

**Having a decent home insurance policy in place is crucial when dealing with water damage in your home. In 2010,**** the amount paid by the insurer in domestic water damage claims increased by 44% compared to the previous year according to a new study. ** 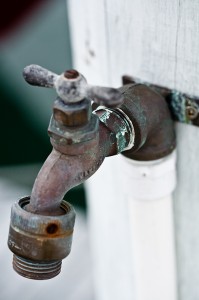 In fact, claims caused by water damage could add up to £40 to the cost of a household insurance policy, a new report released by a leading insurance company reveals.

Feeder pipes (39%), baths and showers (11%), toilets (9%) and radiators (6%) are the top four origins of water damage in the home. The four rooms most likely to be damaged as a result of internal water damage are the kitchen, the main bathroom, the lounge and the main bedroom.

The most expensive claims -costing an average of £7,547- are caused by open pipes which are not concealed or contained in a wall cavity. This is around £4,000 higher than the average claims.

In addition, the Association of British Insurers revealed that escape of water in people's homes is*** ***costing £2 million every day.

"It is difficult to know why we are seeing this sudden increase in the number of claims but we recommend that all water connections should be inspected regularly to ensure they are not corroding.

Also, if in doubt about a DIY job, using a professional could be a lot less stressful and less costly in the long-run,” Allianz's Head of Home Management, Gareth McChesney.

The value of home insurance

A recent study also showed days ago that house thefts are most likely to occur in summer as people take a relaxed attitude to home security.

The research found that the majority of burglaries fall during this time of year where thieves take advantage of the low level security such as unlocked backdoors, open windows and other simple home security lapses.

Having good home insurance is essential in order to be prepared for burglary or water damage in your home.