Drivers are being warned about how adding car accessories such as alloy wheels could bump up their car insurance premiums by 62 percent, new research warns.

** Drivers are being warned about how adding car accessories such as alloy wheels could bump up their car insurance premiums by 62 percent, new research warns. ** 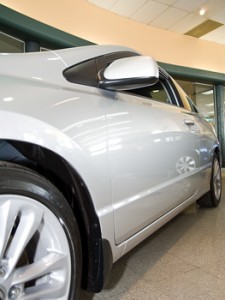 Other car accessories such as a car phone or having a complete body kit fitted could also increase the insurance premiums, the latter by 101 percent and the former by 44 percent as insurance providers view them as a hazard to driving.

The research by a money comparison website revealed that motorists also risk invalidating their insurance if they do not inform their provider of these changes.

"Motorists need to be aware that even making a small modification to a vehicle can dramatically alter the cost the premium you will pay on your insurance,” commented Peter Harrison, Monyesupermarket car insurance expert.

"It is essential drivers check the small print of their insurance policy to understand exactly what they are covered for, as many of the more common modifications such as alloy wheels may not be covered in a standard policy.”

A job change is another area many motorists are unaware could affect their car insurance. A children's entertainer pays on average 48 percent more for their car insurance than a teacher for example. While a bus driver could see their insurance premiums slightly cheaper.

Whiplash costs insurers £1.9 billion a year, research from Admiral revealed, as shunting, where one car hits another from behind, accounts for 405,000 accidents a year.

This also accounts for 75 percent of all bodily injury claims. However, as reported on the BBC, motorists driving too close to another car, or undertaking, could become liable for an on the spot fine of at least £80 for this careless driving behaviour.

This new law has been proposed by Transport Secretary Philip Hammond which should come into effect in 2012 after the strategy goes through Parliament.