Visa-sponsored athletes will be given a Samsung Olympic and Paralympics Games mobile handset, which Lloyds TSB and Visa has announced their partnership with.

Visa-sponsored athletes will be given a Samsung Olympic and Paralympics Games mobile handset, which Lloyds TSB and Visa has announced their partnership with. 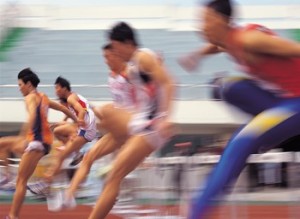 The contactless enabled Olympic handsets given to these Visa sponsored athletes will be linked to Lloyds TSB accounts as part of the partnership, with the aim to accelerate UK mobile payments in the run up to the 2012 Olympic Games.

It is hoped mobile payments will transform the payment process for consumers worldwide, with the ability to make fast and secure transactions from their smartphones.

Once the system has been issued, customers will be able to make a payment by selecting the Visa mobile contact-less application, pressing pay and then holding the phone in front of a contact-less reader when purchasing.

"The Olympic and Paralympic Games offers an unrivalled opportunity to demonstrate the power of mobile payments to a worldwide audience,” commented Sandra Alzetta, Visa Europe head of innovation.

"The launch of mobile contactless payments will revolutionise the way people pay in the run up to, during, and beyond the Games,”added Mike Regnier, Lloyds TSB director of personal current accounts.

The program is set to start with a large scale internal pilot using prepaid accounts this month, with a commercial launch at the end of the year.

Mobile contactless payments in the UK are still being adopted by consumers, but are aimed to make purchasing items up to the total of £15 quicker and easier as no code is required. If a customer wishes to make a purchase above this amount they can do so by entering their passcode in the phone.

"The future of payments is changing and Lloyds TSB will be key in transforming the way consumers make purchases, through the launch of mobile payments,” continued Mr Regnier.