Winter sports insurance for your last minute ski holiday. Once taken you can relax! 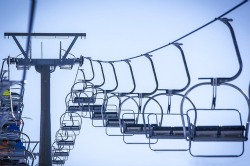 In the run up to Christmas 2015 ski resorts across Europe were struggling to open their slope because of the lack of snowfall. It was the warmest December in Switzerland for 150 years! This led to a real down turn in the number of people planning ski trips in the early weeks of 2016. However the New Year has started on a better note with a fresh fall of snow inviting some last minute bookings to ski resorts. Make sure if you are planning to dig out your ski gloves that you have adequate ski insurance.

Before Christmas many ski resorts were having to use artificial snow to keep, particularly some of the lower slopes, open. Many well-known destinations such as Portes du Soleil in France and Kitzbuehel in Austria had a large percentage of their lifts closed in the early part of the season. The lack of snow has even affected competition with the Ski Cross World Cup due to take place this weekend in La Plagne, France being cancelled.

Many people during this snow drought took off for North America instead where the snow is far deeper and they are guaranteed good skiing. However now there is a turnaround in conditions with more snowfall in resorts across Europe many will be trying to grab themselves a last minute bargain holiday on the slopes. Be aware that your standard travel insurance is unlikely to cover you for many winter sports.

We offer several policies tailored for different needs when it comes to a winter holiday. If you want cover for any of the following, we can help

So whatever type of skiier you are we have the winter sports insurance to suit you. And if you want any advice on ski holidays visit the Ski Club of Great Britain where they have details about equipment to take and general tips for those new to skiing.