Considering that the majority of people over 50 choose to include UK short trips and holidays in their annual travel plans, Saga has launched a new type of trav

Considering that the majority of people over 50 choose**** to include UK short trips and holidays in their annual travel plans, Saga has launched a new type of travel insurance to cover any emergency expense for those staying in the UK. 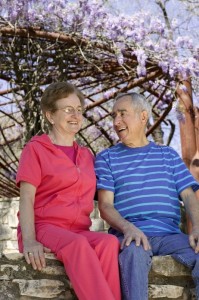 Up to 76% of Brits over 50 don't leave the UK during their annual holiday, according to the travel insurance provider Saga. Considering these figures, the company has created a new travel insurance cover to give valuable peace of mind to those enjoying a "staycation.”

"Many people mistakenly believe that travel insurance provides the same cover whether you're travelling in the UK or abroad, but it's important to check as this is not always the case,” said Roger Ramsden, Chief Executive, Saga Services.

"Whilst the NHS meet medical costs in the UK, if you're admitted to a hospital many miles from home many policies simply don't cover the costs for a loved one to travel and remain with you throughout. To take this worry out of travelling, we have included this cover as standard within our travel insurance policies to provide peace of mind to the many thousands of over 50s who choose to take breaks in the UK,” continued Ramsden.

In relation to this, another study about British travelling habits depending on their age also revealed recently that older people travel abroad much less than younger generations.

According to new research released by Post Office Travel Insurance, while 77% of Baby Boomers had never left the UK before the age of 16; a total of 79% of those from Generation Y (today aged 18-24) travelled abroad an average of four times before the same age.

The study also showed that over half of 45-54 year olds (53%) never travelled abroad as children and, of those that did, an overwhelming 94% made it only as far as Europe.

Despite these trends, having reliable travel insurance is always recommended, regardless of whether or not you leave the UK.